CFC’s real estate holdings of 476 acres include twelve preserves and two conservation easements. Much of this land has been generously donated, but CFC has purchased more than 115 acres through fundraising campaigns.

Flint Creek Savanna in Lake Barrington is CFC’s largest and most diverse preserve with 160 acres that include our farmhouse office, nearly a mile of creek course, four oak and hickory groves, and acres of restored wetlands and prairie, including more than 200 species of grasses, sedges and wildflowers. Three birds from Illinois’s list of “species in greatest need of conservation” nest here: savannah sparrows, sedge wrens and, every year since 1998, sandhill cranes.

Among the numerous restoration projects at Flint Creek Savanna:

Farm Trails North (18.3 acres) and Wagner Fen (43.3 acres) are located in Lake Barrington while Barrington Bog (44.7 acres) is in North Barrington; all are dedicated Illinois Nature Preserves. Bogs and fens are specific types of wetlands that were once abundant in Illinois but now survive only in scattered remnants. Each wetland preserve supports unique plant communities and provides habitat for both common and rare wildlife. The Baltimore checkerspot butterfly, which depends on the turtlehead plant, is one species that thrives only in fens.

Craftsbury Preserve (53 acres), CFC’s newest property, is south of Cuba Road on both sides of North Hart Road in Cuba Township. The east side was donated in 2015 in honor of Art and Carol Rice and was part of the Rices’ Craftsbury Farm and the west side was purchased with a generous grant from Illinois Clean Energy Community Foundation. The property has approximately twelve acres of upland with remnants of sedge meadows and grasses and about ten acres of wetland that extend across North Hart Road to the west. The land donation provides CFC with an opportunity to protect wetlands that drain into an important recharge area and provide water storage and flood protection to neighboring areas. 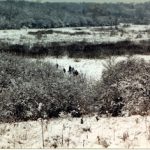